I regularly visit South Africa with groups of New Zealand farmers and I find the farming fascinating.  One thing that stands out is the passion farmers have for their enterprises and their country.  They want to make South Africa ‘work’ and are really committed to their farms.

The objectives of our tours are to:

South Africa’s agricultural sector is still largely white-owned and operated and consists of about 40,000 farms and 70,000 small-scale farmers.  It is a dual agricultural economy that also includes 500,000 subsistence farmers, mostly operating in the former homelands.  In 2005 the South African government introduced an agricultural empowerment charter–AgriBEE. (BEE means black economic empowerment) which set a number of targets one of which was black ownership of 30% of agricultural land by 2014.

The targets and time frames were not realistic, have not been achieved and targets and deadlines have been abandoned.  90% of all land reform projects so far have failed.

Recently it was reported that the ANC government was considering taking over more white owned farms. This would be a disaster for the South African economy.

Agriculture provides employment for a million people and with associated industries accounts for 15% of South Africa’s GDP and 8% of South Africa’s foreign exchange earnings so a robust viable agricultural sector is vitally important.

Despite the problems South Africa is still an amazing country.  The land ‘gets into your blood’ and as a farmer you would not want to leave. 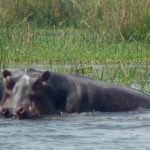